The Hindu Mandir Society was established in the 1980's to serve the Hindu and Indian Community of Stockholm, Sweden. A religious non-profit charity, the primary aim of this society has been to build and maintain a temple and community centre to meet the spiritual, ritual, ceremonial and social needs of Hindus.

Hindu Mandir Society had the vision to build a grand temple where people believing in Hinduism could come together and pray according to their individual beliefs and traditions. The Dream came true in September1998, when after many years of struggle the temple in Helenelund (a suburb of Stockholm) was inaugurated. Since then the Mandir has become the centre of attraction for the local community. The Hindu Mandir secures the Hindu way of Life based on Vedic traditions while at the same time helping the community become an integrated part of Swedish society.

The Hindu Mandir organises worship, cultural events and events for elders as well as youths on a regular basis. 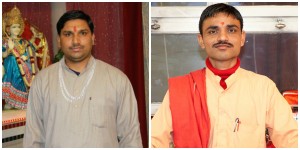